The Lippeverband was founded on January 18, 1926 for wastewater disposal and water maintenance in the catchment area of the river Lippe below Lippborg. The model for this was the Emschergenossenschaft, which had already been founded in 1899. In 1932, the association put its first sewage treatment plant into operation in Soest. As a self-governing public corporation, the association is supported and financed by its 125 members (cities, industry, mining).

The area of the association covers 3280 km² and has 1.4 million inhabitants. In use in this area are 74 drainage pumping stations, 25 floodwater and 25 stormwater retention basins as well as 112 stormwater overflow basins, 55 wastewater treatment plants and 32 sewage pumping stations. Together with the Emschergenossenschaft, the Lippeverband has around 1400 employees.

The previous telecontrol system of the operating plants in the Lüdinghausen catchment area required modernization due to legal requirements. This required a renewal of the monitoring system. For this purpose, a PC-supported visualization should make the monitoring of the individual operating plants more convenient in the future. Furthermore, a fault alarm system was to be implemented, which would enable alarms of the individual plants to be detected at an early stage.

The WinCC V6.2 SCADA system from Siemens was used for visualization. On each plant, the visualization created in WinCC makes it possible to view the current process sequence as well as measured values. For this purpose, a PLC of the SIMATIC S7-300 series records the required data. In plants that previously used a PLC of the S5-135U series, the old system was retained and serially coupled with an S7-300. Thus, the previously used data points are still in operation, saving time and costs.

Communication modules of the SINAUT series (including TIM 3V-IE ADVANCED, TIM 4RD), establish the data communication between the individual systems.

The software interface between the SINAUT components and WinCC is the Siemens add-on ST7cc. Data communication between the controllers is realized via Multi Point Interface (MPI), the computers are each connected to the controllers via a CP5611 PCI. All measurement data and fault messages are collected via ISDN (as a dedicated or dial-up line) in the Lüdinghausen catchment area control center (EGZ). The data of all EGZ's of the Lippeverbands are collected in the Bottrop monitoring center via a dedicated line. This center is manned around the clock, so that a constant reaction to malfunctions is possible.

The alarms that occur are prioritized. In this way, the employees at the control center can decide at which point the deployment of a service technician is required.

With the help of the redundant operating data acquisition system Acron V6.3, manual and laboratory values as well as operating data are entered and managed. Through the Acron web service, historical data and graphs can be viewed on computers that do not have an installed version of Acron. A web frontend allows data to be viewed in PDF format. Furthermore, a system for remote maintenance of the application is implemented. This means that it is no longer necessary to go on site to carry out maintenance work on the system. 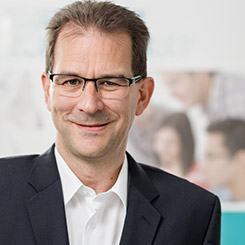