Traceability of the processing of multicrystalline silicon blocks

Herbert Arnold founded the company named after him on 01.10.1950 as a one-man business, initially for the development and manufacture of machines for the laboratory glass industry. Through innovative manufacturing technologies, the company quickly gained a foothold in the international quartz glass and glass fiber industry. Since 1984, the Weilburger Arnold Group has been managed by Wolfram Arnold in the second generation and currently employs over 150 people. Due to the continuous development of the product range, the company's customer base is also growing. Thus, in addition to the semiconductor industry, Arnold now has a high standing in the production of machines for the forward-looking field of photovoltaics. Today, the Arnold Group can count itself among the world's leading manufacturers of tools, torches, machines and systems for glass and quartz glass processing and offers a wide range of manually operated molding equipment for the laboratory glass industry to robot-assisted manufacturing cells for the photovoltaic industry.

For the new production facility of a customer of the company Arnold from the photovoltaic industry, a complete automation solution for surface processing, quality measurement and commissioning of multicrystalline silicon blocks was required. In the associated production process, these become so-called wafers, the basis of solar cells. This required a control system with connection to the higher-level Management Execution System (MES).

The system consists of two robot-assisted production cells from Arnold. Cell 1 is used for surface processing and quality measurement by means of infrared fluoroscopy and electrical quality controls to determine the material quality. In cell 2, the silicon blocks are combined using the data determined in the quality control, the cut marks are calculated and the blocks are cut accordingly. Sections with insufficient material properties are sorted out by conveyor belts. Usable block sections are stored and later picked onto pallets according to fraction.

The blocks are processed robotically. Whereas previously they had to be transported by hand, in this system one robot per cell transfers the blocks from machine to machine and then stores and picks them. In addition to improved process reliability, the use of robot technology significantly speeds up the production process, increases its accuracy and significantly reduces material damage.

An MSSQL database provides the plant's controllers (one SIMATIC S7-300 PLC per cell and other controllers for the machines) with the data required for production. The controllers in turn transmit information from the machines about the processing of the silicon blocks to the database. Among other things, machine states, alarms, recipes and orders are also stored in the database. The data mining concept created by focus ensures complete monitoring of the plant. It logs all operating data, quality measurements of the blocks and plant statuses. Furthermore, a transparent interface is created between the control system and the customer's MES, via which the raw material and processing specifications are transmitted.

To ensure that the higher-level MES has constant access to the control system, the server used had to be designed for high availability. Its hardware is based on a 19-inch server system with redundant power supply and CPU as well as hard disks, which are in a RAID5 array.

You still have questions or need further information about this reference or the area Photovoltaics? 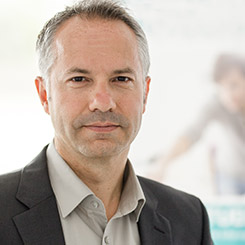